2015-2016
After the experience with Underground, we were again entrusted to create a series for the 10th edition of FeSt scenic arts festival in Seville, which took place in the city's underground stations. Topos (Moles) is based on the encounters that take place between three characters in these spaces of transit, generating a three-episode story over the course of several weeks. It is a story about encounters, relationships forged over time, the surprise of the unexpected, the celebration of success, and the accumulation of memories as a way of life.

Just like moles, the three characters find each other underground, "digging" their paths to keep making their way forward and prove that they get more out of time when they're together. 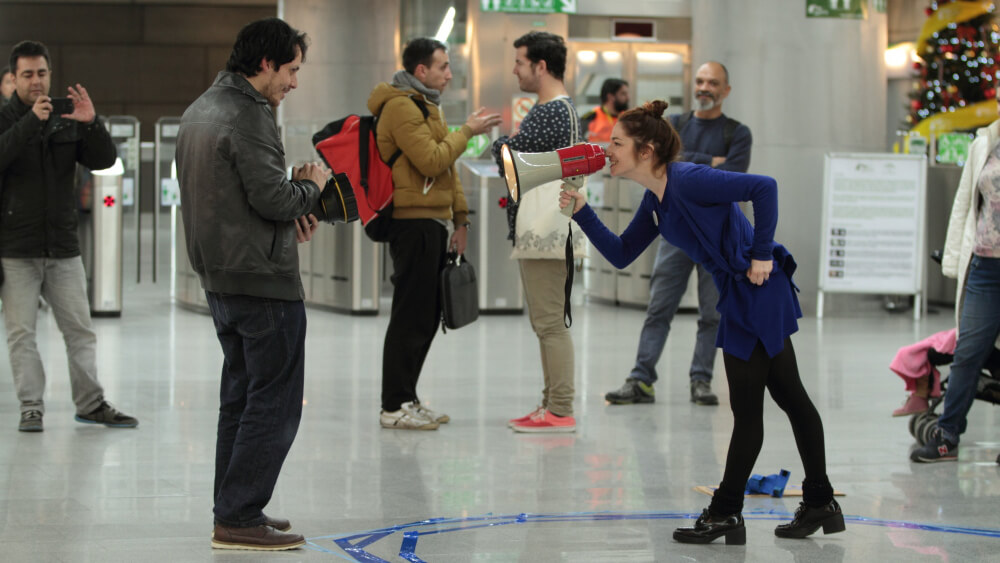 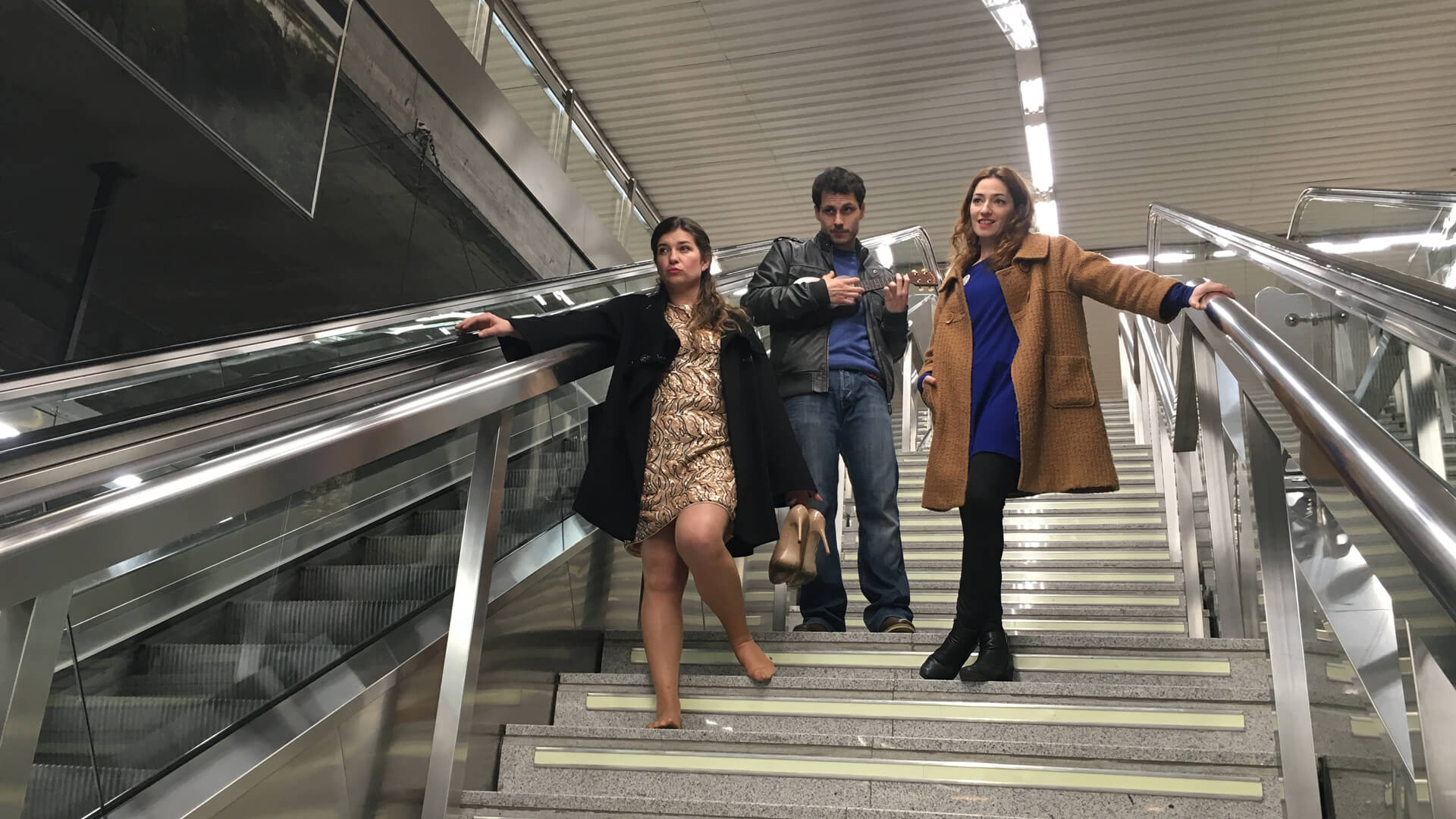