2016
In collaboration with the communications agency SOPA, we created a series of actions carried out in public spaces as part of the street marketing campaign El flamenco está en cualquier parte (Flamenco is Everywhere). The intervention was composed of children's games and other designs spray-painted on the sidewalks. One part included 26 zigzags drawn on the pedestrian walkways leading to the entrances of locations included in the event programme. Additionally, 70 hopscotch games were drawn elsewhere around the city and which, when a person hopped through its squares, would guide them through the beat of a soleá.

In addition to their street presence, these actions were also shared and followed on social media with audiovisual accompaniment. 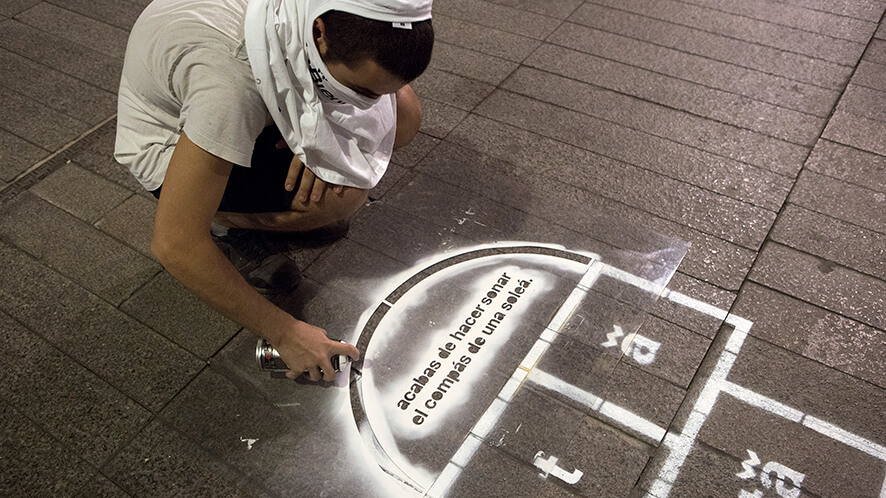 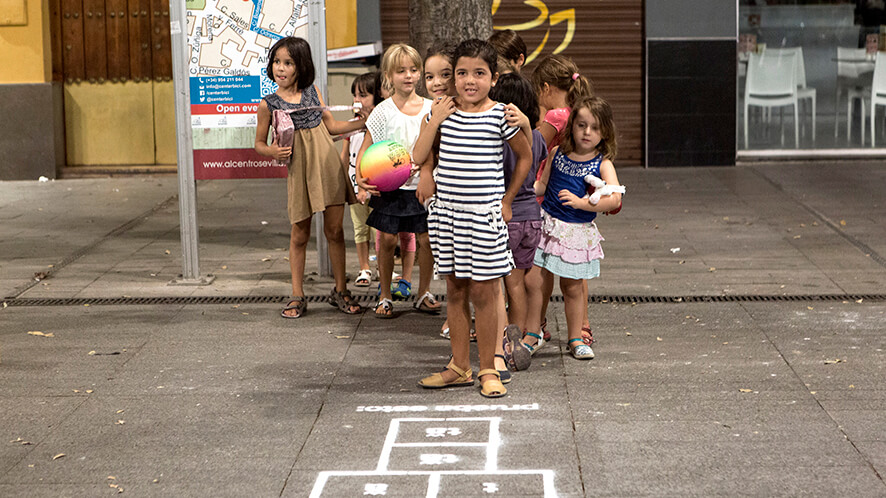 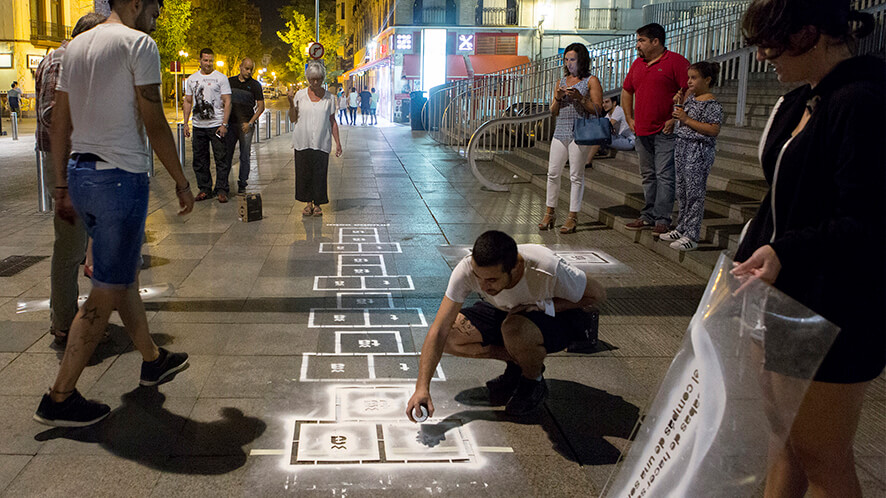 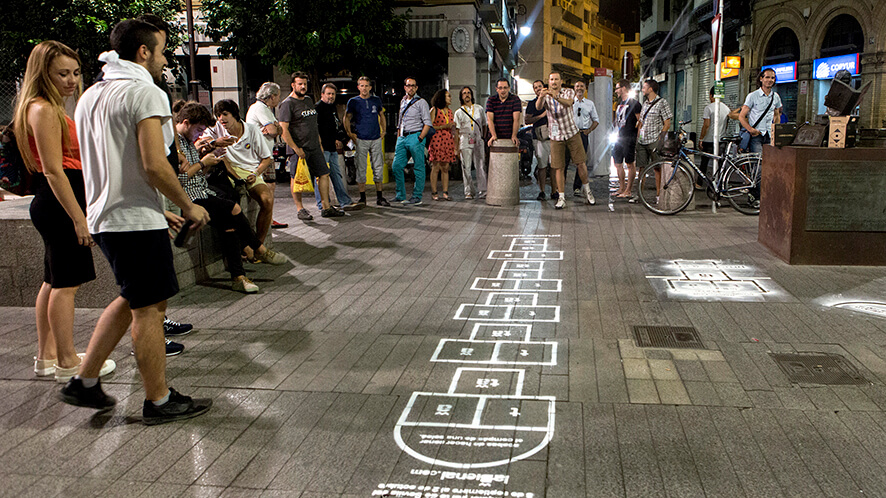 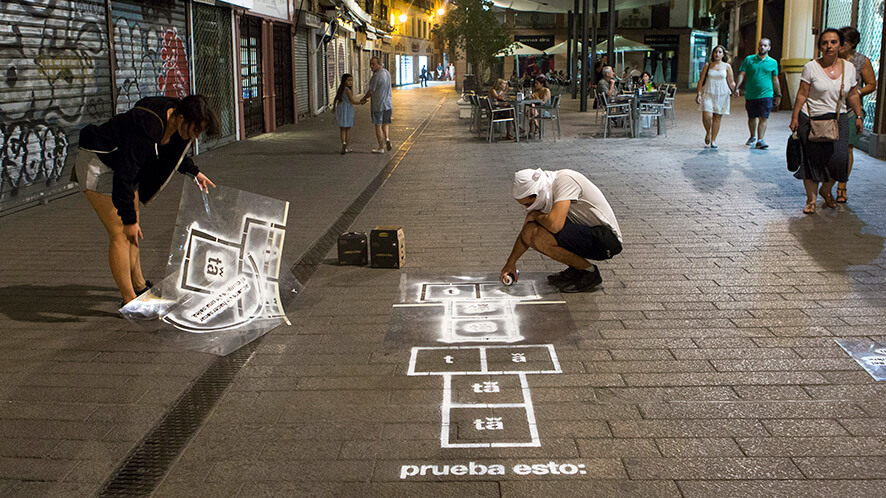 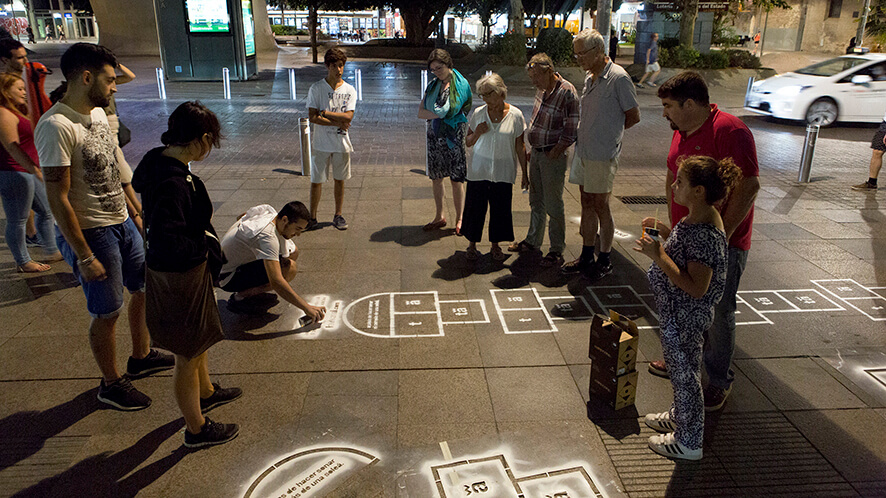